The Fifth Doctor and his host of companions...

The Fifth Doctor was far more vulnerable, sensitive, and reserved than his previous incarnations and often reacted to situations rather than initiating them. Frequently, he made decisions by flipping a coin. Unlike his more authoritative predecessors, he treated his young companions as parts of a team, and often willingly participated in situations under the leadership of someone else who had the strong command presence that he apparently lacked. However, the Fifth Doctor's boyish appearance, nervous energy, and charm all hid the fact that he was a Time Lord of great age, compassion, and experience. He could decipher the ingredients of a drink by smell alone and rosemary made him sneeze.

This Doctor greatly abhorred violence and often hesitated about taking matters into his own hands. For the first time, indecision weighed seriously on the character, and it had its consequences – yet this Doctor was also one of the most courageous of his incarnations. He was willing to take chances with companions like Turlough and Kamelion, who were originally threats, even as he pretended to be unaware of it at first in order to grant his companion the opportunity to do the right thing. He was also willing to make enormous personal sacrifices simply to keep his word and liberate others from suffering. It was perhaps the awful realisation that his very existence begat violence and the weight of companion Adric's death on his conscience, and perhaps Tegan's near emotional breakdown as well, that led him to sacrifice his own existence to save his last companion, Peri.

The Fifth Doctor travelled with several companions, these were - 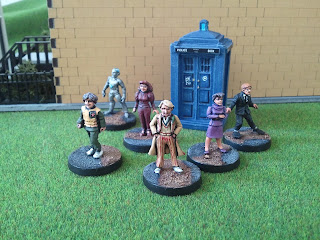 Adric was a mathematical genius, but could be somewhat pompous and arrogant. He was very proud of his Elite status. He wished to be accepted by his brother Varsh's gang, the Outlers, and tried to steal fruit to prove himself, but failed. When his brother died, he kept his belt, a symbol of Outler membership. Otherwise, the belonging to that rebel party, as well as later attempts to provoke revolutionary riots denoted him as a young turk.

He pretended to go along with the plans of the vampires in a ploy to rescue Romana, with whom he got on well. Aukon sensed Adric had the strength of spirit to survive becoming a vampire.

Adric was fiercely loyal to the Doctor and had a generally amicable relationship with the Time Lord, who acted as his mentor. His relationship with the other companions in the crowded TARDIS was often strained. Adric wanted desperately to be brave and accepted; he defied the Master and died trying to solve a math/computer problem, in order to prevent a freighter from crashing into the Earth. As he crashed to his death, unable to access the computer system to input his last mathematical calculation, he held his brother's belt and said almost wistfully, "Now I'll never know if I was right." 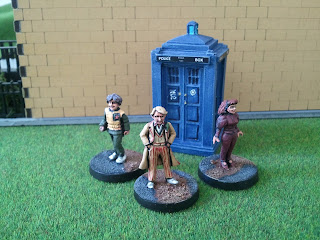 Nyssa seemed at once more mature and more naive than her fellow travellers. She did not boast of her scientific knowledge nor believe it made her superior. She faced her challenges with the determination and serenity of her Trakenite heritage. She turned her sorrow as the last of her people into a desire to help others. Rarely did she mention any grief she suffered because of her great misfortunes. Perhaps most extraordinarily, she never sought to avenge herself on the Master despite her many good reasons to do so.

Tegan noted that Nyssa preferred to "care and share". Her trusting nature sometimes made her less alert to deception than Tegan, but it also made her more adept at negotiating an effective balance between strong personalities. She had probably the closest relationship with the Fifth Doctor of any of his companions. Nyssa's near-royal upbringing and natural curiosity sometimes made it hard for her to relax and enjoy herself. Though her outlook usually tended to be serious, she displayed a dry wit on occasion, particularly when dealing with the Fifth Doctor's boyish idiosyncrasies.

She tended towards pacifism, though on one occasion she destroyed a Terileptil android and used the threat of violence to save the Doctor's life, shooting a pair of guards.

She considered Tegan to be her best friend, however she also "never quite understood" why so many of the Doctor's friends were human.


Tegan was stubborn, loud and direct, once describing herself as "just a mouth on legs." While she often bickered with her fellow travellers, her intrinsic honesty and morality proved useful. The Doctor once noted that these qualities made her a good coordinator. She was also more likely to detect a threat to the Doctor's safety than her fellow companions.

Of her fellow travellers, she was likely closest to Nyssa, whose controlled nature was in many ways the precise opposite of her own. She was indignant at the Doctor's apparent unwillingness to save Adric's life and genuinely saddened when Nyssa left. 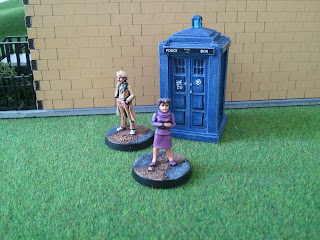 On Deva Loka, Tegan argued with Adric after he suggested she was too weak-minded to defy the Mara and that the ensuing chaos was her fault. However, she also showed concern for Adric's well being when he was captured and tortured by the Master.

Although she despised violence, she would resort to it under extreme circumstances. When the Master threatened the Doctor, Tegan immediately threw a knife at him.

The Doctor often encouraged her to find her inner strength with the words, "Brave heart, Tegan", which he saw her saying as he regenerated.


Turlough was selfish, always shielding himself from blame. He could lie convincingly to most; some, such as Tegan Jovanka and Brigadier Lethbridge-Stewart, were not taken in by him.

Although usually quick to retreat, Turlough was not so much a coward as a survivalist, preferring to avoid danger and situations he felt he couldn't change.

Tegan did not like Turlough at first, finding him untrustworthy. She did not approve of the Doctor letting Turlough consider the Black Guardian's offer, believing Turlough would choose the crystal. However, the Doctor was confident in Turlough's morals. Nevertheless, Tegan often tried to persuade him to banish Turlough from the TARDIS. 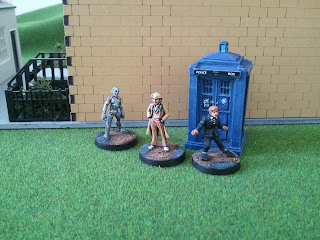 He saved a Phiadoran female from a large drop, whom he was attracted to. Lytalia was a female with whom he seemed to fall in love.

Despite the Black Guardian's attempts to vilify the Doctor, he recognised the Doctor's good intentions. On numerous occasions, he tried to make the Black Guardian reconsider his order to kill the Time Lord. Turlough used the tranquility felt at the Eye of Orion to draw. He understood the TARDIS systems well enough to run a diagnostic and programmed the TARDIS to rescue the Doctor and Peri.

The Doctor once compared Turlough and Tegan to bickering siblings.

Kamelion was a shape-changing android. Used by the Master to impersonate King John, he later travelled as a companion to Fifth Doctor. This continued until his destruction after he had again fallen under the influence of the Master.

However, this was not the end for him. He gained and lost a new host body, had a child with the Doctor's TARDIS and used his mental link with the Doctor to allow the Master to trap the Doctor within a dreamscape. Apparently...

Figures are all Black Tree Design. TARDIS by Ainsty.
Posted by wardy-la at 14:37

Kamelion is a really neat idea but I heard he was short-lived because the puppet was very difficult to work with on-set.

A nice set of figures here. The BTD figs can sometimes be awful sculpts (eg. Adric) though very character-ful (eg. Turlough) and you obviously did the best you could with them. I really enjoyed painting this version of the Doctor myself, his pants were definitely a challenge...

Good stuff, jealous of the Kamelion model it seems to be one of the discontinued one's. Both my Adric and Turlough figures are Citadel and its interesting to see the differences.