The Walking Dead: All Out War 'Unboxing'. 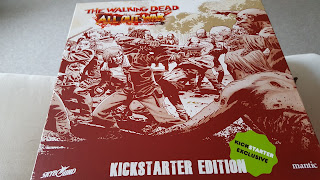 I decided to back the Mantic Games Walking Dead: All Out War Kickstarter. This is a very pic heavy 'unboxing' of what is contained within the 'Kickstarter Edition' boxed set.

The game is based in the world of the Walking Dead comic series as opposed to the TV series.

"All Out War is a game of fast-paced, head-to-head skirmishes in the world of the Walking Dead. Assemble a group of your favorite characters from best-selling comic series, kit them out with a variety of weapons, items and abilities, and battle to achieve dominance in the Walker-strewn Atlanta cityscape. Experience first-hand the desperate struggle for survival faced by Rick and his companions as you negotiate constant threats from both the living and the dead. This is gaming as it should be – fast, furious and fun!"

Top level of the set - the majority of the figures. 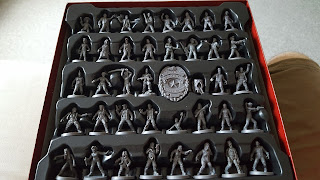 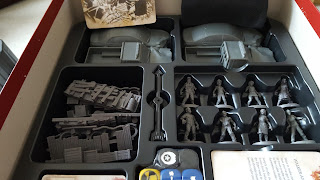 The entire set laid out - at the bottom of the box are two large 'gaming mats' and the rules / scenario booklets. A handy dice bag is also included! On the flipside of one of the maps is a 'collectors guide' with photos of the 'wave 1' and 'wave 2' miniatures. 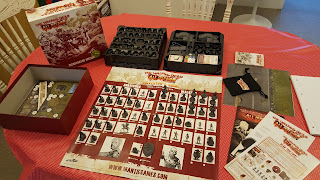 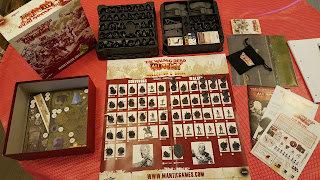 The Collectors Guide sheet in all its glory. 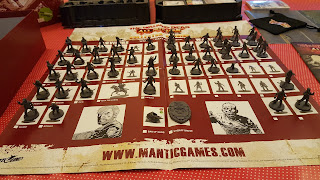 Some gratuitous shots of the fabulous miniatures...nuff said. 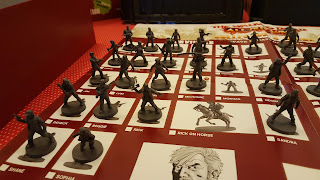 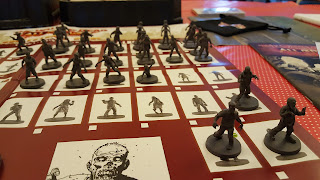 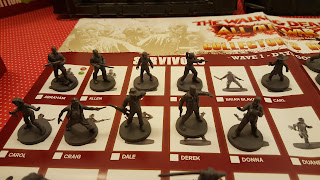 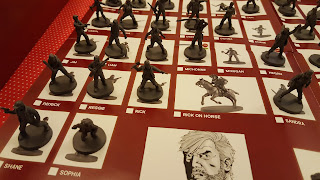 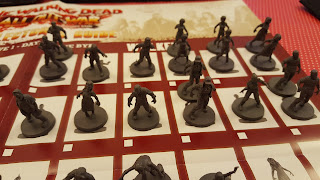 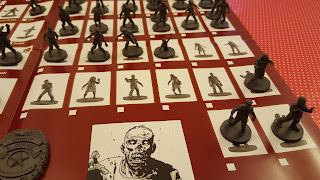 One of my favourites in the set - Shane! 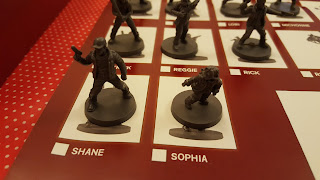 And the obligatory (spoiler) 'zombie Shane'. 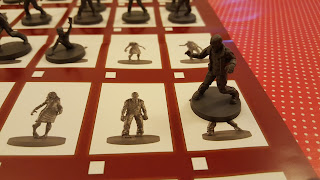 A nice touch is the 'Bag of Guns' and the Rick Grimes Sheriffs badge initiative token. 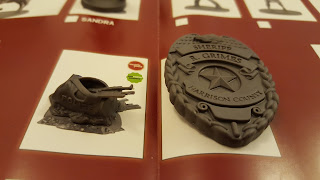 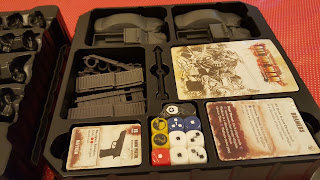 All in all this is a lovely looking game...I still have several bits to come but so far really impressed by the overall quality of the whole thing. The miniatures are particularly nice and to be honest the main reason I invested in the game. There is a nice scenario booklet but unfortunately I have not recieved all the figures for them yet! There is a gamut of rules on the market at the moment but I will try these out. Ultimately though I still think ATZ will remain the best rules for the genre.

I have to say the figs look absolutely brilliant. Beginning to regret not backing myself...though the sheer number of figures is a little daunting!

Its a very well produced game and the figures are great. There are quite a lot!

He says ATZ as if we're supposed to know what that is...

ATZ is All Things Zombie by Two Hour Wargames.