Whilst digging through some old boxes of minis I finally found my 15mm Traveller figures! They are pretty much all from the original Citadel boxed sets plus a few blister packs. 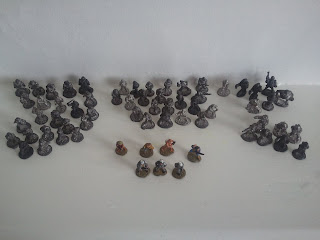 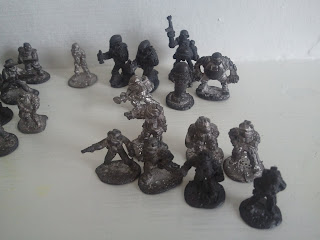 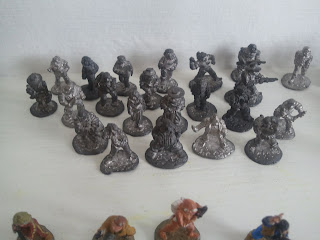 A motley band of adventurers, thugs and citizens. 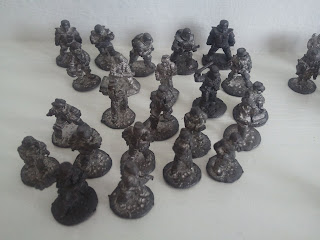 Some ships crew and a few marines in the background. 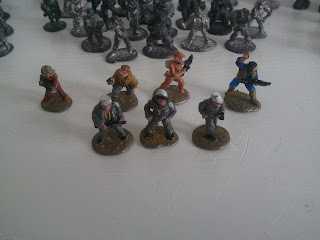 A few painted!
I still have the boxes for Set 1: Adventurers, Set 3: Ships Crew and Set 4: Civilians as below -

A friend had the Set 2: Military and Set 5: Aliens and offered to sell tham to me many years ago. Wish I had now...

There is a good guide on the Collecting Citadel Miniatures site.
Good news is you can still pick up many of the figures from RAFM and my mate Rob has literally tons of these as he prepares for a 15mm Sci-fi game he is setting up. Very tempted with those Vargr and Aslan though!
Posted by wardy-la at 15:25