Found a couple of my old Citadel minotaur figures and had to dig them out. One is an old Fiend Factory FF17, the other is a 'Runequest Minotaur with Battle Axe' from the Runequest Box Set 4: Beastmen. 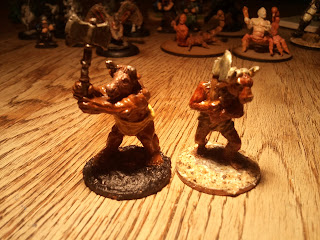 One of my old paintjobs but actually not too bad. I have started to rebase them and they definately need a little 'tlc' but not a lot of work to be done on them. Will try to post some better pics at some point... 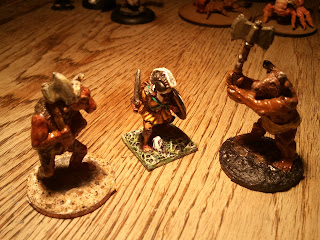 The last figure is a 'Non-Cultist Adventurer' from the Runequest Box Set 2: Adventurers.