Zombie Master of Deviant Design Deeds has recently been getting back into the old school fantasy stuff and has been trying to influence us into dusting off the old figures and getting a game of Mordheim going. To be honest I have never played the game - I used to play Warhammer Fantasy Battle right from the original 1st Edition back in 1983 (showing my age?) and played up to the 3rd Edition in the late 80's. We were always pretty 'freeform' in our interpretation of the rules and tended to make the most of the RPG element of the earlier version. 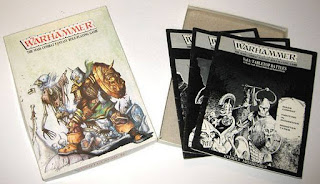 The amazing 1st Edition of WHFB.

﻿I lost interest in collecting miniatures and wargaming over time and the figure collection, mostly admittedly unpainted, got thrown into a box and shoved into the loft to gather dust! More recently I was actually thinking of selling these but when I started to dig them out and show them to a couple of wargaming buddies I suddenly had a lot of fond memories come back and could even remember some of the names and characters particular figures had. Since being drawn back into the hobby, probably on the more historical side (see my Viking game Gjallarhorn, Colonial and our WWII skirmish games) I have to admit I am gradually getting drawn into the idea of playing a small skirmish fantasy game painting up a small warband. Mordheim looks to be the answer! 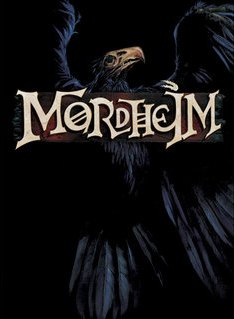 Mordheim is a skirmish game; set 500 years before the current time in the Warhammer world, where opposing factions fight in the ruins of a once-great city. Mordheim, once a great city capital of the Empire's most northern realm, was slowly enveloped by corruption. The only beacon of hope and sanity in Mordheim was the Convent of the Sisterhood of Sigmar. Weeks before the end of the year 1999, the symbol of Sigmar himself - the twin-tailed comet - had appeared in the sky. As midnight of the final day of the year approached, Daemons crept from the shadows and mingled with the throng, crying joyously and cavorting with man and woman alike. As the festival reached its zenith, the comet impacted upon the city. Only the 's Rock, home to the Sisterhood of Sigmar, remained unblemished. The city burned for weeks, the comet leaving the ruins of Mordheim covered in shards of solidified Chaos, soon to become known as wyrdstone. When Mordheim finally stopped burning, mercenary warbands from all over the Empire and beyond came in search of it, for it was said that wyrdstone can do anything; change your luck and fortune and turn lead into gold. Of course, Man was not the only race interested in wyrdstone, and many other creatures prowl the City of the Damned.

I have decided to go for a Dwarf Treasure Hunter warband as I love 'Stunties' but already am starting to feel I have created a rod for my own back. As tough as these guys are they are damned slow and very expensive! Anyhow - I have dug out a few appropriate Dwarfs from my old Citadel collection and here are a few pics of them... 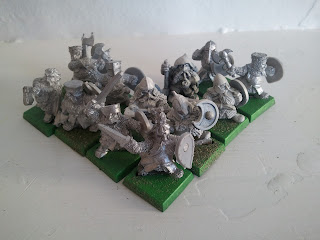 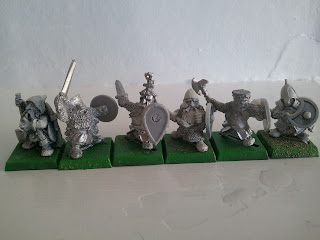 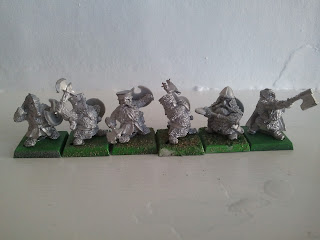 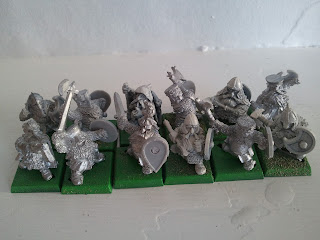 Names, characteristics, equipment etc are all to be worked out but due to the cost it is unlikely that all of these stout fellows will be able to join the initial warband.

I have wanted to have a decent set of fantasy figures since the late 70's and the advent of DnD. Only recently has my interest in painting developed and the project is achievable. So much in storage even though I have not really been a miniature collector. So much to paint, so little time....